This guidance will assist schools and educational settings for the autumn term. View guidance

Grow Your Own Grub winners 2018

Mayflower Primary School, in Evington Drive, has once again taken the top prize in the Leicester City Council’s Grow Your Own Grub competition, which is organised by the council’s parks services and environmental education teams.

Schools were asked to produce a menu for a three-course meal, featuring at least five items that they would grow on-site, such as vegetables, salad crops, fruits, herbs or cereals. 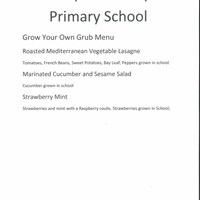 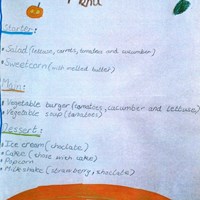 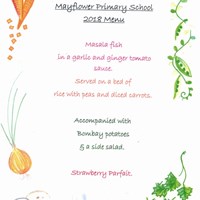 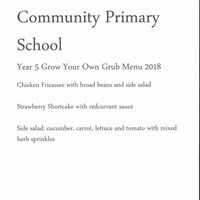 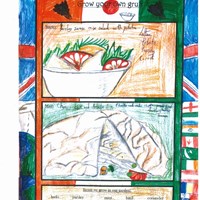 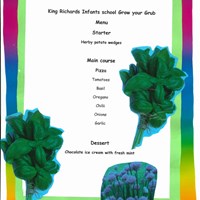 The choice of dishes could be as diverse as they liked and could include all food groups – such as fish or meat – as well as fruit and vegetables. Completed menus were returned by May and the menus were judged on presentation, nutritional value, creativity and appeal.

In June, the judges visited the schools and assessed the growing areas, looking at the condition of the crop, the use of environmentally-friendly growing methods, innovation and presentation of the site.

The combined results from both stages were used to choose the overall winning school, which will receive a trophy.

Mayflower Primary was the overall winner after coming up with a menu featuring masala fish in a garlic and ginger sauce with rice, peas and diced carrots, plus a side dish of Bombay potatoes and a salad, and a dessert of strawberry parfait. 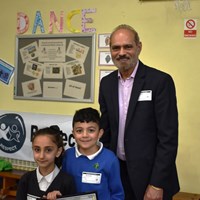 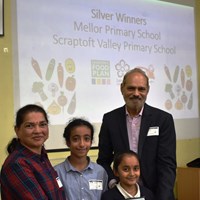 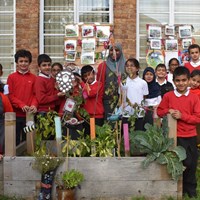 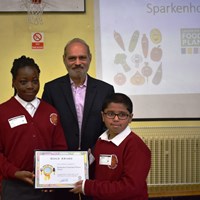 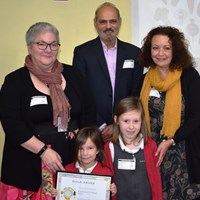 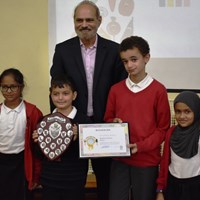 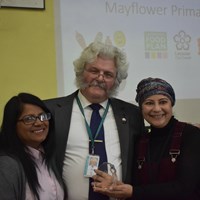 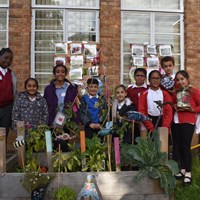 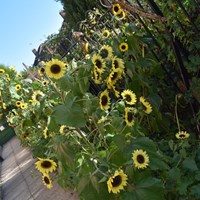 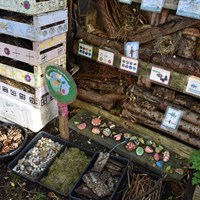 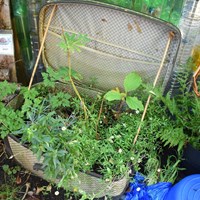 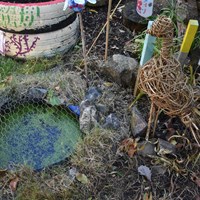 Luke Whitney, headteacher at Mayflower Primary School said: “We’re delighted to have been named overall winners in this competition for the fourth year. It’s really important that we promote healthy, sustainable, locally-grown food, and our pupils enjoy coming up with menus that showcase the food we produce. It’s fun, it supports our curriculum and it means children convey healthy, sustainable food messages into their homes.”

Representatives from each of the schools were awarded certificates at a special event at Mayflower on Friday 19 October 2018, when they also toured the school gardens and had lunch from the winning menu.

Deputy city mayor Cllr Piara Singh Clair, who attended the event, said: “Congratulations to all the schools who entered this competition and to the winners, who have shown real dedication in producing the ingredients for their healthy menus. We’re pleased to be able to support schools in this important area of learning by running this popular competition.”